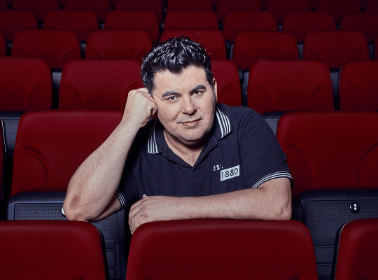 Feliciano San Román (12 de enero de 1969. Corrientes, Argentina) is an expert designer in hairstyling and makeup educated in Buenos Aires, Madrid, Berlin, and Milan, among other international capitals. In his almost 30 years of professional career, San Román has specialized in theater hairdressing, historical hairstyles, and impressive wigs made of natural hair wigs. Among some of his latest collaborations are Beauty and the Beast (Brazil, Spain, and Argentina), Phantom of the Opera(Spain and Mexico), Chicago (Argentina), Les Misérables (México, Brazil y Argentina), West Side Story (Brazil), My Fair Lady (Brazil), Evita, Cabaret, Mamma Mia, The King and I, Priscilla, Queen of the Desert(Brazil), Wicked (Mexico), Cats, Jesus Christ Superstar, Singing in the Rain, Sleeping Beauty, or Melbourne Classic Ballet.

In 2004 was part of the creative team Disney Theatrical Productions for the performance of Beauty and the Beast in Seoul, in South Korea, a production that also featured his creations for the new version of the Latin America tour. Among his later collaborations, the premiere of The Little Mermaid or La Traviata in Belo Horizonte and São Paulo.