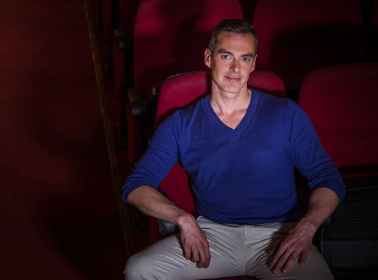 Francesc Abós (Barcelona, 1977) is an international dancer and choreographer. Under the teachings of David Campos in home city, he will later move to Hamburg to learn from John Neumeier, and then Amsterdam to the Dutch National Ballet. He completed his dance studies with performing arts and singing.

His professional career started at the Dutch National Ballet with productions such as Swan Lake, Sleeping Beauty, or Romeo and Juliet. Later on, he will be part of a large number of musicals both in Spain and abroad, collaborating with prestigious professionals in Grease, Chicago, Roman Polanski’s Dance of the Vampires, West Side Story with Francesca Zambello, or The Wild Party, among many others.

Since his retirement as a ballet dancer in 2007, Abós works exclusively as a choreographer. He was the supervisor of the choreography of the Broadway musical Chicago in Spain, and created shows such as Spamalot and Forever Young (Tricicle), Scaramouche (Dagoll Dagom), Candide (Teatros del Canal), The Wizard of Oz and Carousel (Vienna Opera House), A Midsummer Night’s Dream (Salzburg Summer Festival). Abós has also co-directed together with Tricicle member Joan Gràcia the cabaret show Lío en Ibiza during 7 seasons.

Francesc Abós debuts this season as stage director at the Palau de la Música in Barcelona with the show Colores y más colores.