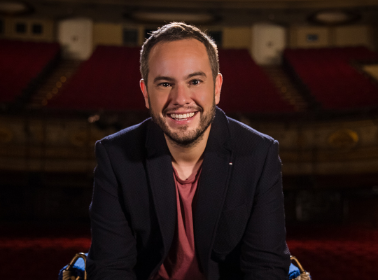 Jorge Blass (Madrid, 1980) is an illusionist, magician, speaker, and international lecturer of the principles of magic applied to the corporate world. Member of honor of Foundation Abracadabra, he has already written two books: Magia para no dejar de soñar (2003) and La Fuerza de la Ilusión (2011).

Winner of the Golden Wand in Monaco and the Segfried and Roy in Las Vegas, Blass has presented his shows in iconic venues such as the Kodak Theater in Los Angeles or Expo Shanghai 2010, and he is a regular of the prestigious Magic Castle in Hollywood. Director of the Madrid International Magic Festival, the magician has participated in TV programs such as Masters of Illusion (FOX USA), Next Great Magician(ITV England), Now You See It (BBC One England), and FOOL US (CW Network USA). In Spain, he has directed three seasons of Nada x Aquí(Cuatro), Zapping award to Best Entertainment Program, and Por arte de Magia (Antena 3).

Blass has recently collaborated with US magician David Copperfield, who has acquired the exclusive rights of a new effect that fuses magic and social media, created by Blass.