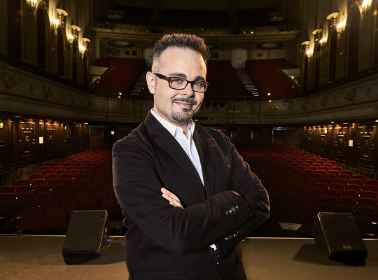 José Luis Sixto (Madrid, 1978) has specialized in creative and artistic direction, casting direction (Hoy no me puedo levantar, High School Musical, or Beauty and the Beast), and theatre production (Jesus Christ Superstar, Los productores, Adulterios, or Circolombia). He is a current member of the Academy of Performing Arts, and professor in several schools and colleges devoted to performing arts.

Sixto has worked as a resident director in musicals such as El último jinete, 40 El musical, or Victor/Victoria, and successful TV shows such as The Hole and The Hole 2. As assistant director, he has participated in important plays such as Babel, Defendiendo al Cavernícola, La venganza de Don Mendo, and more recently The Hole Zero, or the musical Contaminatio.